CDF has been taking pictures in preparation for sending Christmas cards. We set up our tree last weekend, and it has served as the background for most of these pictures. 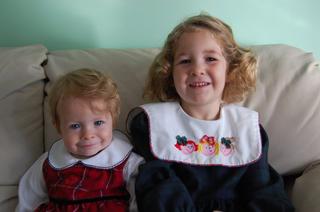 MDF and CEF on the Couch

For the most part, the both are good subjects in front of the camera. CEF has learned that she can see the result on the back of the camera, so she usually jumps down as soon as the picture has been taken and runs over to the camera to say “ohhhh.” 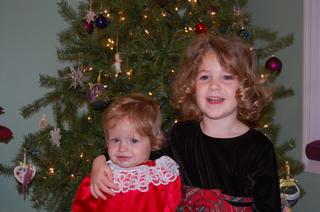 In Front of the Tree 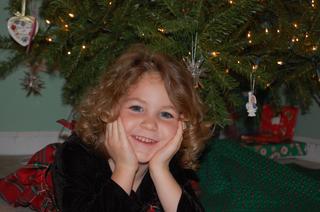 But it can be difficult getting both girls to look and smile at the camera. This last picture was actually the first one we took. If only we had known it was the best we took, we could have skipped the frustration of taking all the rest — actually there were a couple other good ones, but most of them had CEF looking at me instead of the camera. 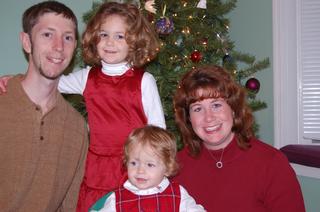 Everyone at the Tree