Over the Christmas holiday, MD and I were exploring the wood behind our house and clean out some of the brush to make paths. We worked our way all the way back to the ditch on the other side of the wood from our yard (not quite sure if our property extends to the ditch or not) where we made a discovery. I was going along the ditch, which is deeper than the one that runs along the side of our property, and noticed an old, leaf-covered bridge going across the ditch to someone else’s yard. In addition to leaves, some old vines had grown across it (probably honeysuckle or wisteria) and it looked like it hadn’t been used in a number of years.

I started cutting back some of the vines so we could get to the bridge. It was still in good condition, no signs of rotten wood. So we walked across and found it connected us to a house on Walker Street. 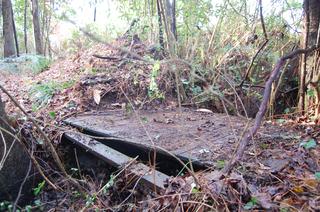 Bridge in the Woods

MD and I cleaned off most of the leaves and cut back more of the vines that covered it. While we did that, the cat crossed over and poked around in the neighbors yard to see what she could find. 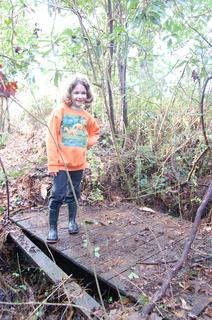 More recently we were in the woods again and saw a couple of boys who live in the house directly behind ours on the next street. They came and crossed the bridge to join us in our exploration, but they didn’t know anything about the bridge either. So for now it’s builder and purpose remain an mystery. 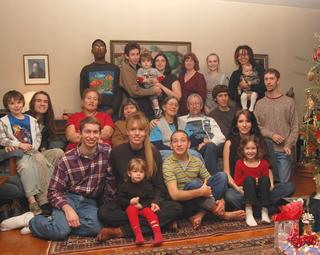 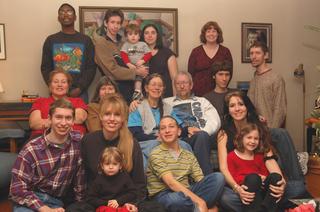 This Christmas we went up to my parents house to make Christmas cookies with my two Aunts. This has been a tradition in my family for a long time, but for a number of years I let others do the baking. This year I was back to being involved, rolling out and cutting the dough. CDF had mixed up the dough and supervised the baking. 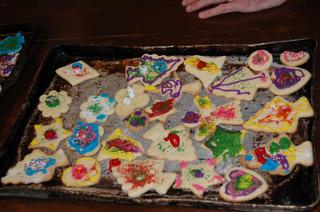 All the children helped out with the decorating. We used frosting and sprinkles to make many colorful designs. CE decided the frosting was better in her mouth. I’m not sure how many she managed to decorate all the way. 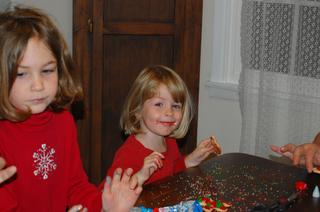 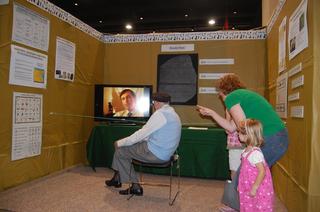 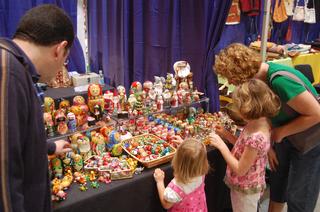 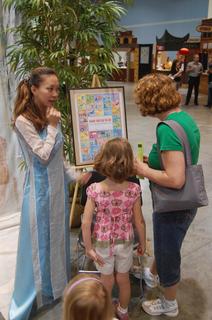 On November 18th we went down to Myrtle Beach for the annual SEDUG conference. The weather was nicer this year and we were able to enjoy the beach more. 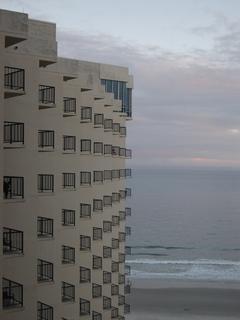 The girls spent one morning on the beach and later on in the day, when it got warmer, they got in the water. It was quite cold, but enjoyed it anyway. 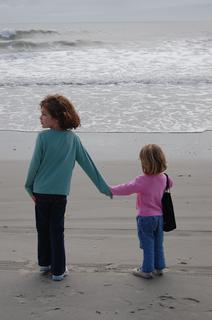 Walking on the Beach

Friday afternoon, once the the conference was over, we went over to another hotel, the Dunes, where we had a reservation for the night. This hotel has an indoor water park, and when we found out they were running winter specials we decided to jump on the chance. Everyone had a lot of fun going down water slides or just floating along in the lazy river. 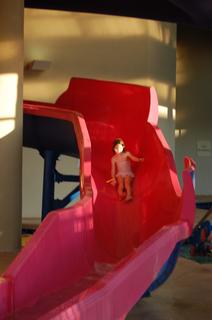 MD and her cousin spent the most time on the slides. CDF went down one with CE, but they both got soaked at the bottom, so CE decided she would stay in the lazy river. I went down the big twisty slide.

This past week I got out the tricycle for Clo to try. Up until now she has been too short. This time her legs just reach the pedals and she can push them enough to get going. 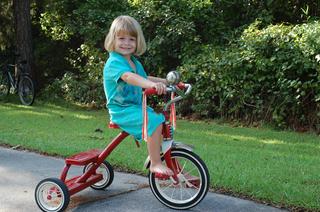 Yesterday evening she and I went out to the drive way with our bikes to ride together. She rode a little, but ended up pushing her trike around a lot. So I got off mine and snapped some pictures. 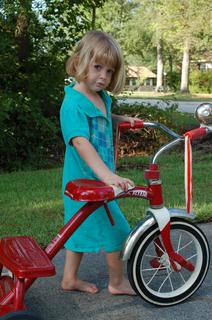 Pictures of our new cat. The first after she was awake from a short nap. 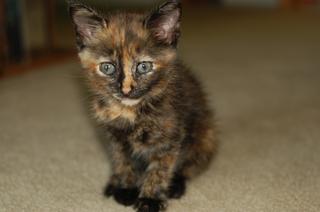 Then she decided nothing interesting was going on and went back to sleep. 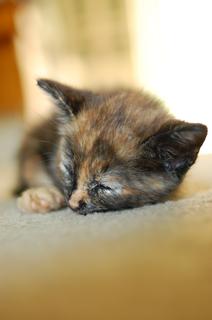 Napping In the Living Room

On Thursday the girls were being silly in the tub. I gave them some “fun soap,” a foamy soap that comes in various colors, and they were putting it on their faces like clowns. 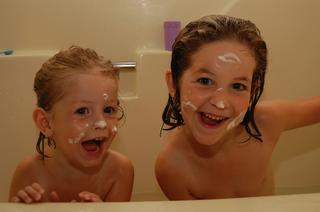 Playing in the Tub 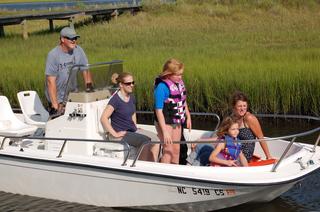 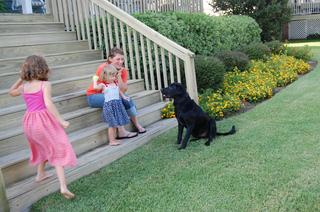 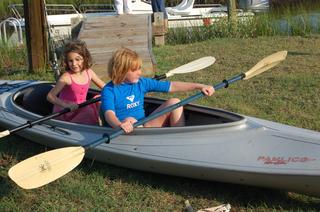 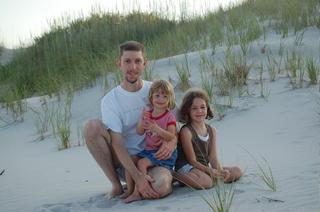 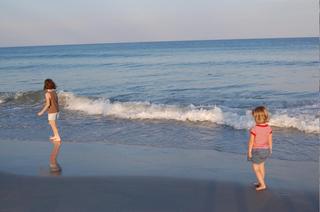 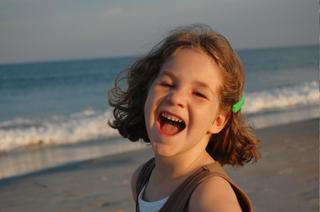 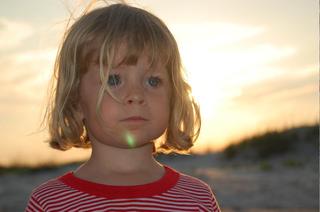