On November 3rd we went to the zoo. I took the day off in honor of my birthday (since I had to work the actual Friday after my birthday), and we did a day-trip to Ashboro. It turned out to be a relaxed, enjoyable day.

We left later than expected, but headed off down I-40 toward Raleigh. We stopped once at a rest area near Raleigh to feed CEF and let MDF run around. After that we didn’t stop again until lunch.

We took Highway 64 (?) from Raleigh instead of I-40 all the way, and it turned out to be more of a back road at some points. It went through a number of small towns and we had to slow down to 35 MPH at times. We stopped in Siler City to have lunch. We first tried to eat at a local burger restaurant, but it was popular and packed full — standing room only. So we went down the road to Sir Pizza to eat their buffet.

When we finally got to the zoo, it was almost 3 PM. We figured we had until 6 PM before the zoo closed, but CDF spotted a sign that said it closed at 4 PM during winter months! So we had to rush. We still paid to get in, even though we had an hour left, since we had driven almost all day to get there. 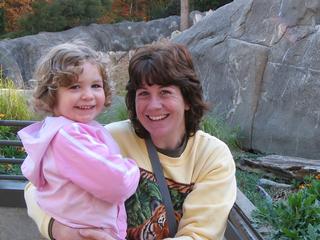 MDF had asked to see the monkeys, but they were on the other side of the park. We did not know how far away that was and decided to walk. That did give us the opportunity to see polar bears, bison, and the gorillas. It was a long walk though. We finally made it to the monkey building and the baboons, especially, put on a show for us. 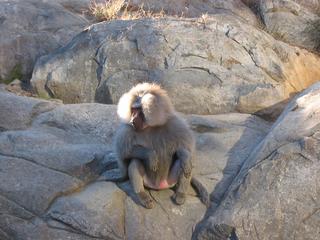 After that we started making our way out of the park. We stopped to look at the lions, giraffes, zebras, and warthog. I thought we were going to the exit, but when I looked at the map, I realized that if we left by that exit we would end up in the parking lot at the opposite end of the park, not where we needed to be. Fortunately the park has a tram service, and we got to ride the “city bus,” as MDF said, back to the other side. 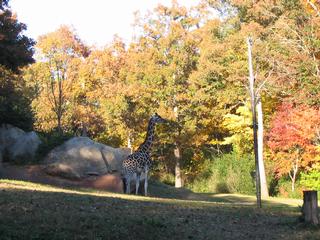 Once we left the park, we stopped at a Salvation Army Store that CDF had seen on the way in. She and MDF went inside to shop while I fed CEF. But when I was done they still were not done, so I joined them. CDF ended up finding a number of good clothes that day.

For supper we ate at a Bob Evans just outside Raleigh (or maybe Cary, I’m not sure). The Italian sausage and pasta plate I got was delicious, and CDF enjoyed her soup and sandwich combo.