Yesterday we took a trip to Hammocks Beach State Park, or better known as just Bear Island. It was the first time I’ve been there since 1999. A lot has changed with the park buildings (especially since the hurricanes), but the beach is still the same. 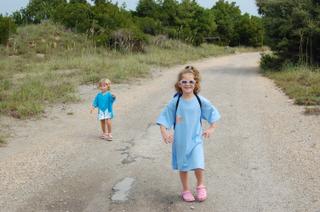 We rode the 10:30 ferry over to the island and arrived on the beach during low tide. The girls really enjoyed playing in the tidal pools (except for when the over abundant seaweed got caught around CE’s leg). The sea was calm and we all had a good time swimming just out past the first breakers. 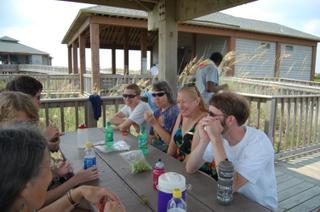 Lunch in the New Pavilion

We ate lunch at one of the new pavilions in the dunes. After that the girls returned to the beach to play and dance in the sand a little longer before we had to head home. 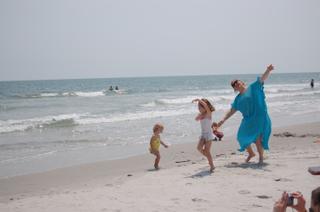 Dancing on the Beach

We made it back for the 3:00 ferry. We were actually got back to the sound a few minutes early and sat on the boat for a while before it left. 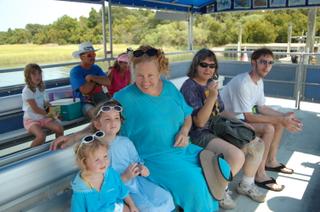 Waiting on the Ferry

The girls played around with hats as we waited. 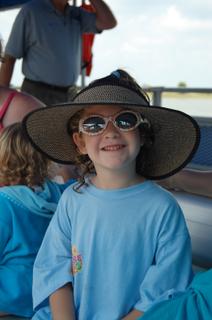