Last night CDF went to a party at a friends house. MDF asked me, “are you going keep an eye on me.” She used to say she would stay home with me.

After supper we went outside and stomped around in puddles — actually just the ditch, since there hadn’t been enough rain for water to accumulate anywhere else.

I took a couple of pictures while were were out. 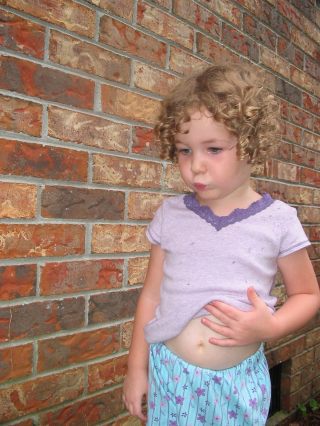 I did some pruning while we were out. We have four small rose bushes. Two which were there when we moved in, but didn’t bloom last year. They’ve grown a lot, and I’ve managed to prune them enough to keep them blooming. The one in front of the porch has another bud. Then CDF bought one that has finished blooming for the year and was given another, which hasn’t done much of anything. 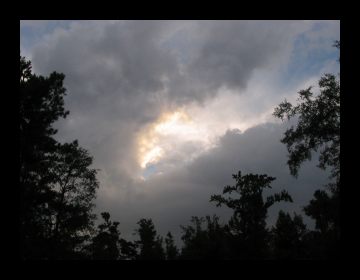 The cloud cover was pretty constant, but it didn’t start raining until after I put MDF to bed.