I took Monday, December 4th off so we could go hiking at a park. At first we were thinking about a park near Durham, but then CDF found out about a park, Jones Lake State Park, halfway between Burgaw and Fayettville. So we decided to go there since it was closer. 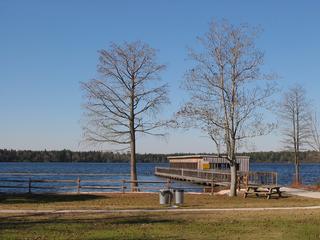 It was cold, but that meant nobody else was at the park and we had the place to ourselves. We went for a walk on one of the trails, the shorter one that went around the east side of the lake. We were all bundled up and as long as the wind didn’t blow, it was fine. Unfortunately for us, the wind was pretty constant. It did get better for a while when the trail turned away from the lake. 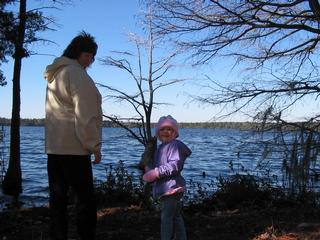 After walking we went and had a picnic at one of the tables. I tried to pick on that was sheltered from the wind, but there wasn’t much choice. But despite being cold most of the time, we had a great time at the park that day.